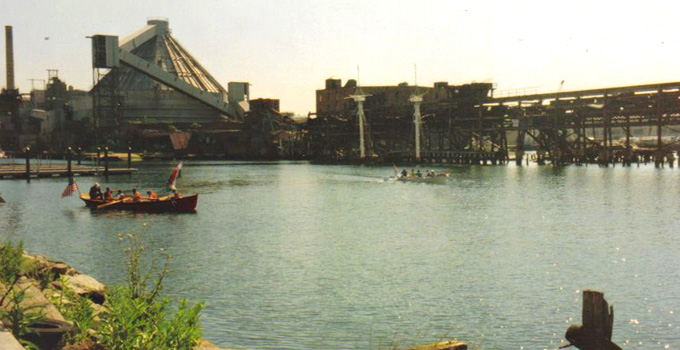 East River Community Recreation and Education on the Water (C.R.E.W.) was founded in 1999 as a not-for-profit organization that provides city dwellers access on to the East River water at East 96th Street.

At first, when the nonprofit was first formed in 1999, the boats were stored in Brooklyn, which meant that they had to be transported back and forth to give people a chance to enjoy the water beyond the shoreline. After much negotiation, in 2005, a shipping container was given to East River C.R.E.W. by Floating the Apple, and the NYC Department of Parks & Recreation helped the group to set up an access point by permitting the installation of a davit on the Esplanade and a storage area nearby.

This year marks the debut of a new gate and ladder that will allow the community to easily access one of its greatest resources – the East River.

In addition to Rowing and Go-Fish activities, East River C.R.E.W. has been a voice in our neighborhood and city, advocating for sustainable uses of the waterways, stewardship, and environmental awareness.